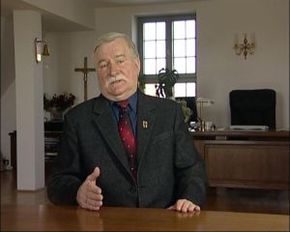 Nearly twenty years after the collapse of communism, Poland is still hesitating. It is torn between liberalism and communism, between offering amnesty or launching a witch hunt. To understand this indecision, we have to go back to 1989 and the round table talks between communists and opposition groups that enabled Poland to peacefully shake off communism. The round table: a mythical object that summarizes all the country's contradictions.

Poland was the first country to break with communism, only to find itself again led by the old nomenklatura a few years later, before making another drastic break. A clear contradiction, or implacable logic?

With personal accounts from Walesa, Geremek, Mazowiecki, Generals Jaruzelski and Kiszczak, and former Polish President Alexander Kwasniewski, including never-before-seen footage unearthed from Polish television archives, the film tells the secrets of Poland´s past and throws light on its politics in the
present.