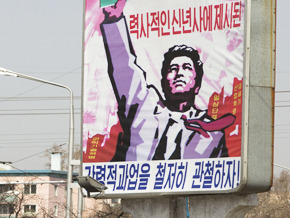 So Close, Yet so Far

The second episode of Divided Korea shows that although the two Koreas tried to come closer after 1989, notably via the “Sunshine Policy”, the development strategies of the two Korean States and the interests of the major powers surrounding them made Korean reunification difficult.

This part also attempts to explain the “rationality” of the North Korean regime, its capacity to survive a devastating famine, and the reasons behind its bellicose rhetoric. It also explains how 9/11 weighs on North East Asia and questions the role of the superpower China. It examines solutions for achieving lasting peace in Korea.

So Close, Yet so Far