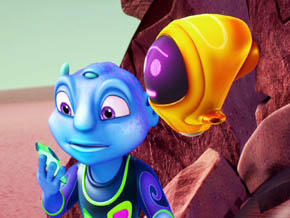 Jack or RoboJack?
How does a compass work? Jack is content to let his robot replacement do all his work until the overly efficient RoboJack shorts out-- leaving the duo stranded in the jungle.

Follow Your Nose!
How do we smell? When Jack's new invisible probe goes out of control, his pals must find it before the alien device causes unseen mayhem around the city.

A Touch of Garlic
Is garlic a home remedy? Jack tries some garlic in an attempt to ease his cold, but the pungent herb has some unintended silly side effects on his personality.