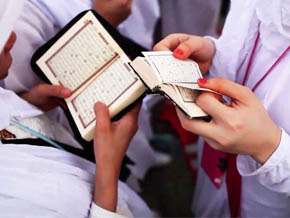 The second most important religion on the planet - 80% of whose followers are not Arabs. Islam often collides with the values of the Western world.

This episode recounts the context in which the youngest of the monotheistic religions was born, while explaining in simple language realities such as the segregation of men and women in mosques, food customs and ritual slaughter, circumcision, the wearing of a veil, the role of the Imam, the fasting of Ramadan, religious extremism, etc. The film helps us understand the place of this religion in full expansion, in the world and with us.