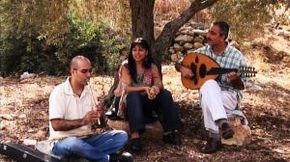 Fouad Sahyoun was born to a Arab-Christian family in Haifa in 1943. His family was forced to leave the country in the Palestinian exodus in 1948, when he was four years old. They established themselves in Canada.

Fouad has 'made it' in his adopted country. He is a proud father of three, runs a thriving real-estate business, fulfills his duties as a city councilor. He also raises funds for the Canadian Palestinian Foundation and lobbies the federal government to push at the United Nations for the Palestinian’s right to return to their homeland.

But Fouad wants to go back to Haifa and reestablish himself in the city of his birth. He remembers the city as a jewel of Muslim-Jewish-Christian multi-faith and multi-ethnic harmony, before 1948.

The film’s story is built around Fouad and his wife Haala’s trip back to Haifa, and his dream to re-establish a business there. During that trip he discovered that the Windsor Hotel, formerly owned by his wife's family, and now a home for handicapped old people, was for sale. He saw this as the opportunity he had been looking for, not only to re-establish himself in Haifa but to attract other Palestinian exiles back to the city, many of whom live in Canada.

Fouad Sahyoun’s dream to establish business and cultural links between Montreal and Haifa, is fraught with difficulties - familial as well as political. But he believes that entrepreneurship can succeed where diplomacy and war have failed.