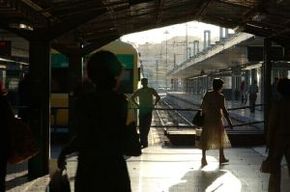 Into the Mix is about the identity context brought about by globalisation.

A new multi-cultural, code-switching and hybrid generation was born after colour television, 737 planes and satellites. Through the eyes of the sometimes Portuguese director, the film intertwines the fragmented lives of Sandy, Fady, Rosa and Fred in Montreal, along with interviews shot in New York, Los Angeles, Paris, London, Venice and Lisbon, tackling different subjects related to identity ranging from cultural tourism, immigration, to romantic states of underdevelopment.

The film was initiated in a very instinctive way, through conversations with other young adults in their twenties and thirties that have multiple origins and that somehow were never able to relate to the way identity issues were discussed or perceived in the media.