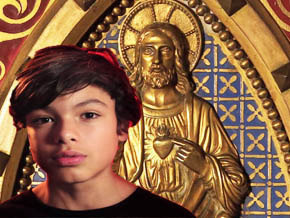 If you think you know everything about Christianity, this episode from Let’s Talk About Religion will convince you otherwise. Christians - a good third of the world's population - are the most widely dispersed religious group on five continents, particularly in Europe, the Americas and sub-Saharan Africa. Divided between Catholics, Protestants and Orthodox, they profess their religion in societies often secular that privilege freedom of worship. The values conveyed by Jesus, a Jew who challenged certain aspects of the Jewish religion almost two thousand years ago, permeate the very foundations of our societies, from the concept of equality between men to ... Harry Potter. Yes, to Harry Potter, whose values of probity, non-violence and solidarity are well known to all young people.