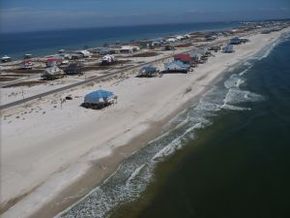 The southcoast of the USA extends from the swampy expanses of Louisiana to the near-tropical island of the Keys archipelago at the southern tip of Florida.

Nearly 3,000 kilometers along the Gulf of Mexico and the Atlantic with stopovers in mythical locations intrinsic to American life: New Orleans for its musicians, Daytona for its motor racing circuit, Cape Canaveral for its rocket launches and Miami for its internationally famous beaches.

Though filmed from the air, we descend from the sky, landing just long enough to meet the people living along the southcoast of the US. More than a journey, this is an aerial road movie whose "heroes" are the landscape of the deep American South.