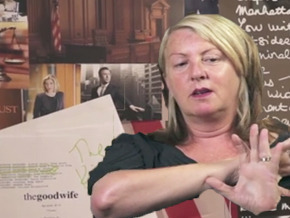 Rosemary Rodriguez could not be more representative of the type of characters found in most drama series.  After years spent on the street of New York, fighting an addiction to heroin, it was thanks to her love for cinema that helped her to pull through. Her first film, Acts of Worship, produced by John Wells, tells her story and gave her hands on experience in production.