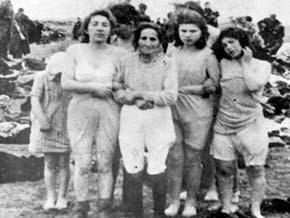 Sorella, a Child of the Shoah

Starting from a simple photograph showing four women and a young girl before execution by the Nazis, this exceptional documentary traces in detail a little-known episode of the Holocaust in Latvia. It is on a beautiful white sandy beach on the Baltic Sea that 2772 Jews, including many women and children were executed by bullets and dumped in mass graves in December 1941.

Who was Sorella, whose photo is on display at the Jewish Museum in Riga, the Latvian capital?  No one can say with absolute certainty but as the film delves into the mystery of this 10 year old girl, we get a better understanding of the historical context that led to the annihilation of the Jewish communities of Eastern Europe. And failing to formally identify Sorella, who in the photo seems to hide her face, the film turns this nameless shadow from another era into the incarnation of millions of victims of intolerance.

Sorella, a Child of the Shoah