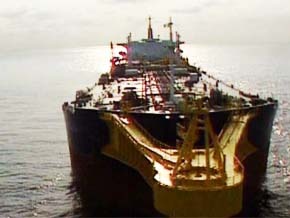 Oil as a Weapon

At the same time the third-world producing countries experienced a nationalist awakening. Oil became a weapon in their struggle for economic independence and political freedom. Venezuela paved the way by imposing the 50-50 sharing of revenues rule on the Majors.

Iran tried to follow their action, but The Anglo-American Oil Company refused to cave in which led to revolution and the flight of the Shah. In 1951, the new Prime Minister, Mossadegh, nationalized the oil fields; and the Majors boycotted their production. After two years of economic depression and chaos, Mossadegh was deposed and the Shah re-instated…a setback for third-world control over their reserves.

The next warning shot at the Majors was dealt by Nasser, the Egyptian President and Hero of the Arab World who decided to nationalize the Suez Canal and control the flow of Black Gold on its way to Europe. There was panic in Paris, London, Frankfort, etc. The first oil crisis. A Franco-Anglo-Israeli Military operation failed to stop him.

At the same time the Europeans tried to free themselves of the cartel of the Majors. Mattei, head of the first Italian National Oil Company, tried to bypass the Majors and deal directly with the producing nations. His plans were cut short. He died under unknown mysterious circumstances.

The real rebellion took place in the early 60’s with the creation of OPEC, the brainchild of Juan Pablo Perez of Venezuela and Tariki of Saudi Arabia. Characterized as “an aggressive conglomeration of camel drivers’ emirates and banana republics” by the Washington Post in 1960, OPEC was expected to last only a few short years, but last it has.

Their dream was to make Black Gold a means of development for the Third World. OPEC reached its peak of influence in the early 70’s with the admission of Libya and Algeria at the time of the Yom Kippur War when Black Gold shot up five times its existing price in a matter of months, throwing the world into financial turmoil…putting an end to 30 years of prosperity in Europe. There was an outburst of joy in the Third World, but that was to be short-lived.

Oil as a Weapon