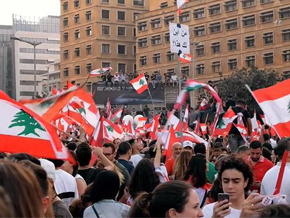 Thirty years after the civil war, as the first signs of a major economic crisis emerged and the country was ravaged by corruption scandals, the Lebanese people began the most important revolutionary upsurge in their history. Up to 2 million Lebanese took to the streets to denounce a corrupt, inept, clientelist political class responsible for the deep economic crisis into which the country was sinking. All over the country, the Lebanese were demonstrating without distinction of religion or community. "One, one, one! The Lebanese people are one". For a year, from the very first night of the revolution to the explosion in the port of Beirut, the film follows this unprecedented revolt. From Beirut to Baalbek via Tripoli, the destiny of these revolutionaries though at odds with each other, were united by the revolution..