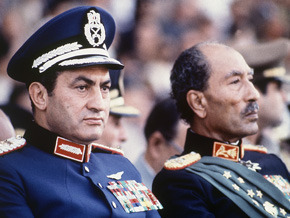 “The Egyptian revolution took me by surprise. As an Egyptian woman, I followed the events with pride. I wondered what was really going on in my country in 2011.”
Jihan El Tahri, filmmaker.

On 25th January, 1952, Cairo city centre was reduced to ashes. The crowd demanded the departure of the British forces and “bread, freedom and social justice”. Fifty-nine years later, to the day, the same anger has re-surfaced and the same slogans are being brandished. But this time, the target is an elected Egyptian leader.

For six decades, these modern-day pharaohs, who followed on from one another in power, have wanted to detach Egypt from its colonial past and to transform the country into a modern, secular State, and a leader on its continent.

From Gamal Abdel Nasser to Anwar Sadat, to Hosni Mubarak, the documentary, “The Pharaohs of Modern Egypt” follows the path of the successive regimes in power, and reveals their common goal to carefully lay the basis of a solid independence and in the end leads to the revolution on Tahrir Square in 2011.