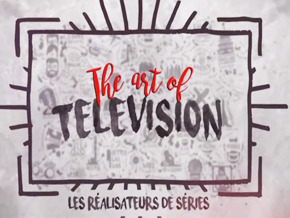 The Art of Television Newly Added

The series The Art of Television explores modern television directing and those who stand behind the camera through intimate and never-before-seen portraits.

Six directors from the most iconic TV shows, such as The Sopranos, Game of Thrones, The Good Wife, Law & Order, Six Feet Under and Mad Men welcome us into their home and walk us through their carrier and work methods. They share their secret weapons and strategies to survive in a world where writers and showrunners are kings.