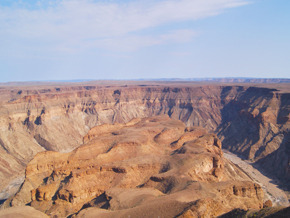 The Origins of Africa Newly Added

Africa may seem to be a young continent, as it has only been explored in its entirety since the 19th century but it was the first continent to be inhabited by man, 2 million years ago and was born during the earth’s infancy.

After having experienced a violent cataclysm of cosmic origin, Africa found itself trapped in the middle of the other continents. Then, jostled by its neighbours for millions of years, it finally broke free when its crust tore.