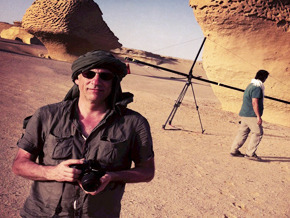 Africa’s recent epic is the continent’s isolation into one single entity. For awhile, the Tethys Ocean separated Africa from Eurasia, but it, too, disappeared, and Europe and Asia were inevitably flung together, causing repercussions from Gibraltar to Anatolia. But what Africa recounts today is the opening up of the entire Eastern part of a vast rift. Arabia is leaving the continent, and the opening from Palestine to Mozambique will soon separate the East of the continent, influencing the evolution of our Earth in the process.