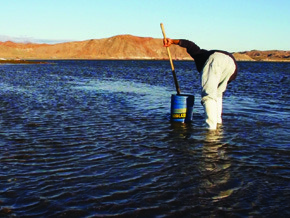 Baja California stretches its long, 1300-kilometer length between two seas. To the east lies the Sea of Cortez with its natural treasures from around Bahia de Los Angeles as far as San Felipe.To the west are the waves and rollers of the Pacific Ocean, paradise of the grey whale.