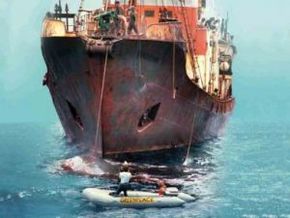 The creation of Greenpeace is probably the most exciting and heroic environmental adventure of the 20th century. Not only has Greenpeace literally invented the concept of ecology, it has also changed people’s mentalities and international politics forever.
Although powerful now, at the start it was just a small group of activists, motivated by their vision of a green and peaceful world. Created in 1971 with no resources, the small non-profit organization didn’t scare anyone.

The strategy? Direct action and shocking images are key to its success. Activists really grab people's attention by opposing governments, putting themselves on the line and sometimes risking jail or even death.

Through unpublished archive footage and interviews of Greenpeace’s top-protagonists, this documentary takes an in-depth look at the functioning and the strategy of the organization, and analyses the new challenges it has to face to intensify the pressure today.