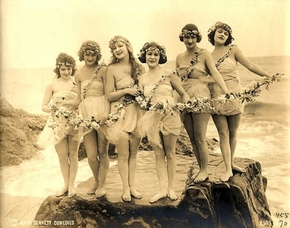 A native of Quebec, Mack Sennett is considered to be one of the most important figures of cinematography of the early 1900's. When the industry of cinema exploded in the USA, Sennett was responisible for signing over 1400 films as a producer, writer, director and actor.

Inventor of the ''Keystone Cops'', the ''Bathing Beauties'' and the famous ''Cream Pie'', Sennett launched the era's biggest stars, like Charlie Chaplin, who shot his first 35 films with him.

Discover Sennett's extraordinary universe and laugh with the greatest stars of silent film.