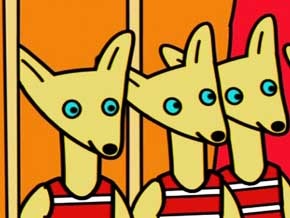 Munching Plant: While Wendell is trapped on the Beavers’ shovel tractor that he doesn’t know how to turn off Gofrette, Fudge and Ellie are trying to find a giant Munching Plant that Gofrette planted the night before using a magic potion. Could Wendell’s runaway shovel tractor, all covered in bushes and foliage, be the giant munching plant? Hamlet and Mr. Moose aren’t sure. Will the trio be able to stop whatever it is from destroying the town and ruining the gardening show?