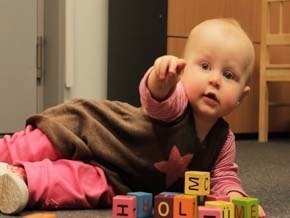 What makes human beings social, able to see another’s point of view, while still remaining ourselves? Where do we get the pleasure of exchanging, helping each other and doing things together? What about the great apes, our closest cousins? And do rats have empathy? Is this ability at the origin of species’ evolution, or even the development of human civilizations?

Using cerebral imaging will allow us to see what is happening in a brain experiencing empathy, such as when we’re having a hard time identifying other people’s emotions and intentions. By filming experimental simulations in primatology, psychology and neuroscience, as well as the spontaneous interactions between children and between primates, we show how empathy is elaborated in its complexity.

Empathy is both the emotional ability to feel that which the other feels and the cognitive ability to understand emotions, desires and intentions in order to adopt a point of view. The film will also demonstrate how empathy issues are present in brains, be they those of adult schizophrenics or street children in Sierra Leone who were the victims of trauma from the war and abandonment. Could behavioral therapies result from this? Could a hormone like oxytocin give us a better understanding of social behavior and re-establish empathy?

Empathy, the Heart's Intelligence travels deep within ourselves to see where we get our taste for others as well as our taste for living.