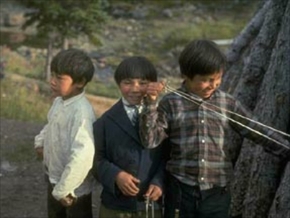 Diary of an Innu Child

Filmed over a period of 7 years, Diary of an Innu Child is the story of a remarkable relationship between a young boy and his grandfather.

When Messanek was 3 years old, his mother left for the big city and he was adopted by his grandparents in Mailoténam on the lower north shore of Quebec. His journey would last a lifetime - the journey of becoming an Innu man.

Messenak's people are one of the last hunter-gatherer cultures left in North America. For thousands of years, the Innu migrated in pursuit of the great caribou herds, surviving on fish, game and later on the fur trade.

Under his grandfather's proud guidance, the wide-eyed young Messenak sets out to learn the practices and guiding beliefs of his ancient and threatened way of life and the coming of age in an Innu world.