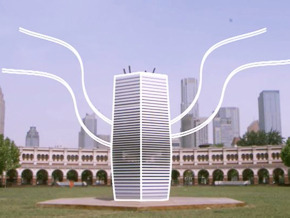 The element air exists in many forms, some of them still totally unexploited by man. Beyond the so-called laminar currents, ie. the regular winds close to the ground that conventional wind turbines capture, air can swirl or change temperature with its hot and cold currents.

It can also be jerky and more powerful at sea, very fast at altitude and start to oscillate and change direction periodically in the stratosphere.

Apart from its variation in power or rhythm, it can also present strange natural phenomena such as the magnus effect which by the rotation of an object can maintain its lift in the air.

In this episode, we will meet the "air masters" who have taken up the challenge of exploring air movement on our planet in order to reinvent the way we move, produce electricity and transport goods.