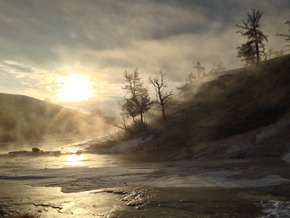 North America is perpetually reinventing itself. The continent is a wild world of rivers, plains and ice, where iridescent-coloured deserts lie alongside luxuriant valleys and mountains holding many a secret.

This episode of Voyage of the Continents takes us from the Far North to the “Great Plains” and the deserts of Utah, to the Rockies, a vast mountain born from the sea, and on to Death Valley with its scorching temperatures and dormant volcano in Yellowstone and to the moving fault line ripping through California known as the San Andreas fault.