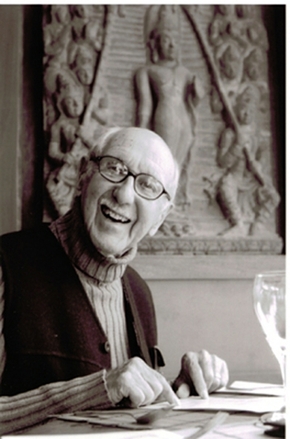 A Man for the Whole World

This is the story of one man's quest for the survival of mankind and of his far-reaching contributions to our understanding of mankind's relationship with Nature.

The man is Pierre Dansereau, the world-renowned Montreal-born ecologist whose work influenced and still influences to this day the way scientists, politicians, conservationists and even economists approach human development throughout the world.

Now in his 90's, Pierre Dansereau is listed as one of the 2000 Outstanding Intellectuals of the 20th Century.

For Pierre Dansereau, Man and Nature are intimately linked. He defines ecology as a science that helps us understand Man's place in Nature. He wrote, ''In this sense, ecology addresses the same problems philosophers and artists do''.

Dansereau is ever present in the film, doing what he has been doing for decades, communicating his findings and theories in a way we can all understand.

Dansereau has often said that nature does not need Man but Man could not survive as a species without the help of Nature. He also added that Man can often do better than Nature and throughout the film, his interventions all serve to illustrate these basic ideas.

In order to make his theories understood, he developed communications tools that are highly sophisticated and graphically fascinating.

A Man for the Whole World is about the life-long work of a great man, about mankind and its future.