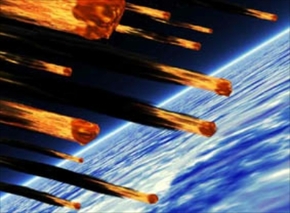 This investigative scientific adventure explores new theories that could describe the mass extinction of dinosaurs and other life forms that occurred at the end of the Cretaceous time period.

Footage shot at magnificent geographical sites around the world and 3D computer images provide evidence that the extinction had been caused by the forces let loose when the Earth was impacted by a comet or an enormous asteroid.

Based on recent scientific findings, the End of the World - Act 1 I is a brilliant and informative documentary which will explain what really happened 65 million years ago, and how it affected the origins and development of the human race.