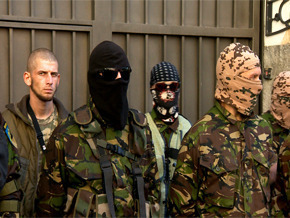 As world’s largest natural gas exporter, was Russian involvement in the Ukraine war patriotic… or economic? In order to find out, this geopolitically-themed documentary attempts to better understand an issue that concerns both the future of Europe and NATO, in the face of an arrogant Putin-ruled Kremlin.

The size of Ukraine’s natural gas reserves casts quite a different light on recent events between Ukraine and Russia. Putin appears to be assuming the role of CEO of Kremlin Inc., a state-capitalist network of state and offshore companies and political directorships. Russia isn’t preparing for war, but is willing to resort to any of its unconventional weaponry to preserve its monopoly over a vital economic market that of Europe.