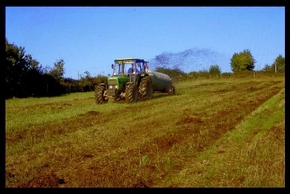 Sewage sludge - tons of industrial and municipal sludge is spread each year on arable land. The food that we eat is thus produced on land fertilized by digester sludge containing dangerous substances. The consequences have been disastrous: death, diseases and heavy metal poisoning.

In meetings with victims from Canada, United States, Switzerland and France, including farmers and citizens who denounce this practice, and scientists and government officials, we get a very clear picture from the filmmaker on the enormity of the problem. A problem, he feels must be brought before the public.

Sludge Diet has been nominated by the American Library Association for Notable Video of the Year.