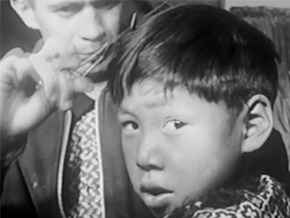 Killing the Indian goes to the root of a deep-seated evil that is eating away at Canadian democracy. Misery, alcohol, drugs, violence, feminicides... the First Nations, have been facing a crisis for decades. Considered as second-class citizens, they bear the brunt of these consequences.

Since the birth of the Canadian Confederation in the 19th century, Aboriginal communities have been scorned.The Indian Act, which was passed in 1876 and is still in force today, gave the federal government great powers over the First Nations, for whom it voluntarily denied civil rights and their culture in the name of a policy of forced assimilation. The spearhead of this policy was a brutal program of child education.

For more than a century, tens of thousands of young Indians were forcibly interned in boarding schools, run by clerics, where they were subjected to violence and humiliation.They had to "kill off the Indian in them". But for the past ten years, the First Nations have been taking a stand. They are asserting their rights and asking for this injustice to be recognized.

This film follows the cultural, political, and legal battle of these new avengers of the Indigenous cause. It's a road-movie along the frozen routes of Ontario, Saskatchewan, and the Northwest Territories. It's a journey of initiation that takes us from the boreal forests of Canada's north to the secret archives of the Vatican.