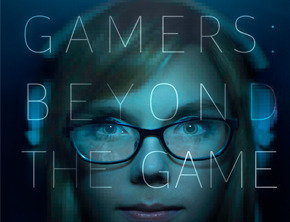 Gamers, Beyond the Game Newly Added

From their living rooms to international championship, a new generation of gamers is defining the future of e-sports. This film follows three players at their gaming peak.Their goal is to become world champions.

Video games first appeared over 50 years ago. Today, video gaming is on its way to becoming the biggest cultural industry in the world. Over the past few years, popular interest in video games has grown so much that we are witnessing the birth of a new type of competition: e-sports. Just like pro sport athletes, top gamers can earn a very good living with many of them making six-figure earnings. The best of them will evolve to become stars and will be admired by millions of fans around the world.

From Montreal to Seoul, via Paris, Shanghai and Los Angeles, this film tells the story of three players in their journey to emerge as World Champions while discovering the workings of a booming industry:
Marc-Olivier Proulx, a.k.a. desRow, one of Canada’s best StarCraft II player, Raymond Lussier, a.k.a. Rambo, Call of Duty pro player and Stéphanie Harvey, a.k.a. missharvey, four-time Counter-Strike world champion.

Gamers, Beyond the Game