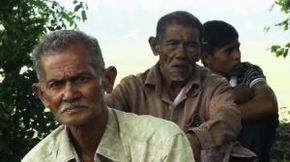 Will Indonesia become the largest democracy in the Muslim world or will it succumb to its demons?

Young, unstable and wealthy, Indonesia sits at the crossroads of many different fracture lines and at the center of many different power struggles. With 235 million inhabitants on its 2 million km² area, Indonesia is a semi-circle scattered over nearly 5000 km. It is the largest nation in Southeast Asia and also the world’s largest Muslim country.

The film’s thread is a trip through the archipelago of some 17,000 islands and 65 years of turmoil. The field of exploration is immense because the many demons that threaten democracy are always lying in wait and Islam in politics is a complex issue.

From Aceh to Bali, from Java to Sumatra, from the Sulawesi to Irian Jaya, this film takes us to the places that incarnate the historical foundations of modern-day Indonesia and crystallize the issues of the future.