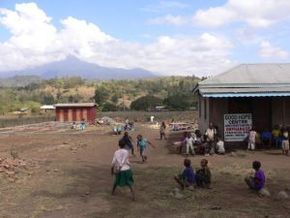 A Right to Live: Aids Medication for the Masses

300 people lose their lives to AIDS every hour in practically every African country south of the Sahara. Apart from the fact that hardly anyone there can afford the medication, the complicated regime of different preparations is almost impossible to implement in poorer countries.

Yet there is hope: Thai pharmacist Krisana Kraisintu has developed and manufactured the cheapest and simplest AIDS medication to date. In this way, the affected countries can supply their own demand. Life hasn't exactly been plain sailing for this modern-day David since she took on the Goliath that is the large Western pharmaceutical industry, subsequently undermining their monopoly over the manufacture of AIDS medication.

However, this Buddhist won't be browbeaten, quite the opposite in fact. The number of African countries taking an interest in Kraisintu's medicines is rising. This film records how the energy of one very resolute woman has brought thousands of people to believe in their lives again and thus encourage others to fight their illness.