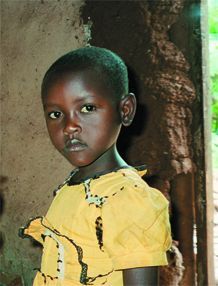 For as long as men have fought in wars, women have been part of the spoils of conquering armies. Throughout the 20th century, from Nicaragua to South Korea, Rwanda to Bangladesh and Bosnia, the same crime has been perpetrated time and time again, on thousands upon thousands of women. Many of the women who survived wartime rapes now live with a daily reminder of their ordeal: the children born of this heinous crime, the children of the enemy. Whether they are called Ryan, Hayling or Akimana, whether they have black, white or brown skin, their story paints the terrible picture of the ravages of war on this planet. And, for the time being, there is no sign that the new century will be any different than the last. Public Prize, Best Documentary, Hot Docs Canadian International Documentary Festival, Toronto, 2003. Best Documentary Prize, Yorkton Film Festival, Saskatchewan, 2003. Human Rights Prize, Docupolis International Documentary Festival, Barcelone, Espagne, 2003.