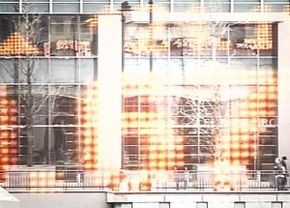 Market for the World

In the first nine months of 2006, the carbon market grew to nearly US$22 billion, more than doubling in value over the almost US$11 billion recorded in 2005. Can this booming market mitigate the impact of the greenhouse effect?

We speak to politicians and top World Bank officials, who think it an imperfect but important mechanism for an imperfect world, and to commentators such as Kevin Smith of the NGO Carbon Trade Watch, who see carbon trading as equivalent to the selling of indulgences by corrupt mediaeval priests.

The system of penalties and incentives known as the carbon market is built on the successful sulphur-trading market that helped the USA deal with acid rain: countries are allocated permits for carbon emissions, and those that emit less than their allotted amount can sell their excess permits to countries that produce more than they should. Sounds complicated? It is. The World Bank is charged with ensuring that developing nations benefit.

We go to Brazil, India, China and South Africa to see how the so-called Clean Development Mechanism is working at the grassroots.