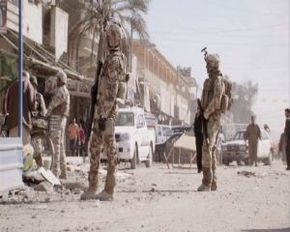 In 2004, Falluja in Iraq became the theater of a major showdown between the American soldiers and the Iraqi insurgents. But even though the sounds of this harsh battle have died down the consequences are only beginning to show and they are of the toxic kind.

Babies are born with malformations, kids are affected with leukemia and cancer has multiplied tenfold. The situation reminds one of 1945 post atomic Hiroshima. Meanwhile, in the USA, the marines who took part in the battle are also developing strange diseases.

What really happened in Falluja? Which weapons were used? White phosphorus? Depleted uranium? Has a generation of Iraqis been sacrificed?