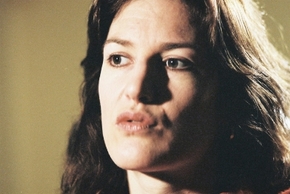 Heidi Rathjen: From Tragedy to Victory

December 6th, 1989: Marc Lépine entered the Ecole Polytechnique of Montreal and shot 14 women. Heidi Rathjen was there. She never forgot.

The documentary Heidi Rathjen: From Tragedy to Victory tells the story of a courageous young woman and her fight to prevent further atrocities.

The film reports the tragic events by relating the journey of the young woman from the tiny student union rooms to the cosy lounge of the House of Commons. Armed with courage and her sense of civil justice, she'll quit a lucrative job at Bell Canada to create the Coalition for Gun Control and win her battle against the powerful pro-gun lobby. In 1995, Ottawa adopted the bill C-68 on gun control.