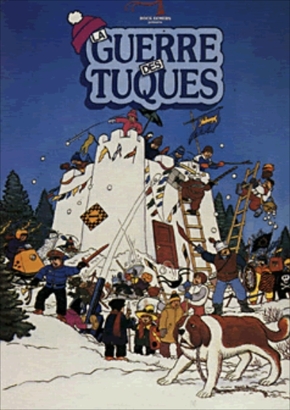 The Dog Who Stopped the War

The pen may be mightier than the sword, but snowballs hurt! Dog Who Stopped the War is the story of a war game between two gangs of children in which the victor stands to win a magnificent ice castle. One of the gangs is headed by Luke, who up until now has been the uncontested leader. The other leader is Peter and his inseparable companion, a Saint Bernard. Sophia, a newcomer to the village soon joins Peter's gang. This drama of friendship, rivalry and unity is bound to affect both young and old by its freshness and honesty.