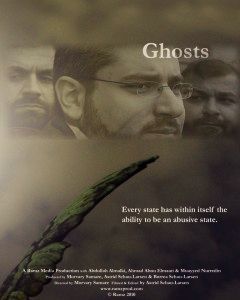 Three Canadian Arab men are detained and tortured for months and years in Syria and Egypt. Upon their release they return to Canada struggling to find some answers.

An internal national inquiry is struck to investigate the role of Canadian agencies and officials in their cases. The results of this inquiry, the first one in Canadian history to be conducted in almost complete secrecy, were that Canadian agencies such as the national police (RCMP), the intelligence services (CSIS) and the foreign affairs department (DFAIT), were complicit in all three cases.

The camera team follows the lives and cases of the men for a year and a half as the they fight to leave the horror of torture behind them. It is the first time that they speak about the circumstances surrounding their detention and torture extensively. They discuss the effects of the torture as well as their confusion as to how and why a democratic country such as Canada would be involved in internationally condemned acts of torture.

Ghosts is a powerful and intimate documentary about the fragile balance between democracy, human rights and national security fears. The producer, RAMZ, hopes that the film will raise awareness and initiate discussions about the concept of citizenship and international information sharing between agencies in the post 9/11 era.