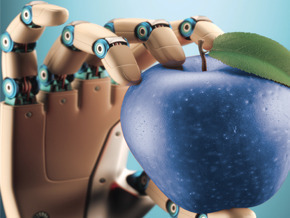 Food of the Future

Nutritional inequalities, pollution caused by intensive farming, new illnesses provoked by industrial food – the food domain is at no loss for challenges in the future.

How will we feed 9 billion people in 2050? Will we go from being simple consumers to real actors in terms of food? Will we be eating beetles the same way we munch on pistachios or almonds? Will food become completely personalized and adapted to the individual’s biological profile?

This episode will reveal the ways in which our eating habits will be revolutionized : vegetable proteins, urban farming, connected supermarkets, personalized food, new flavor experiences and more. Featuring a special guest appearance by Alain Ducasse, a 3-star chef in the Michelin guide.

The Dreamers
Jaap Korteweg,  Vegetarian Butcher, The Netherlands
Jaap is taking on industrial meat by offering new animal protein substitutes made from lupin seeds that have the same texture and taste as meat.
His dream : To produce meatless meat.

Yasuyuki Nambou, Business Owner, Japan
This Japanese businessman has decided to transform his company into a giant garden right in the center of Tokyo. His aim is to provide each city resident with the means to grow their own vegetables in the city.
His dream : To make city residents the new farmers.

Kahitou Hien, Entrepreneur, Burkina Faso
This young entrepreneur is building on a local nutritional resource that could become a staple for other countries : the chitoumou, or Shea caterpillar, which offers more nutritional value than meat.
His dream : To reduce malnutrition using caterpillars.

Eran Elinav & Eran Segal. Researchers - Weisman Institute, Israel
These two researchers are interested in the role of intestinal flora on health : in particular, its influence on diabetes and obesity - a condition for which the case numbers are set to explode by 2050.
Their dream : To democratize personalized food.

Jinsoo Han, Artist, United States
This artist uses virtual reality to take the user on a journey through the world of taste. He has also set himself another goal : to make it possible to eat as one pleases despite any food allergy.
His dream : To create virtual tasting experiences.