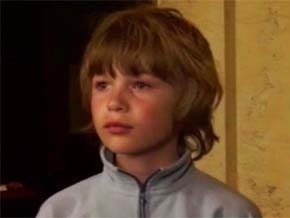 Mikkel’s an 8-year-old from Denmark. He lives in the country’s capital city of Copenhagen. Like most Danes, his favorite means of transport is his trusty bicycle. He just loves taking a ride along the coast to take in the windmills. They fascinate him. On the way home, he passes the country’s biggest church and climbs to the top of the spire to take in the spectacular view from the summit. It’s an adventure in and of itself, and from the top he can see the whole city laid out before him: from the Christiana neighborhood to the city’s waxwork museum. It’s home to a whole host of famous Danish people, as well as some very extraordinary characters, such as some of those invented by one of the country’s most famous writers: Hans Christian Andersen. In fact, Mikkel has decided to take a trip to visit the author’s childhood home. He takes the train all the way to Odense, on the island of Fyn. Andersen’s house is a real revelation. And who knows … it may just be that inside that house, Andersen first imagined the Little Mermaid, the Little Match Girl and the Ugly Little Duckling.