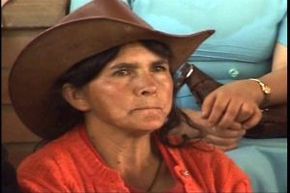 Colombia: Justice in the Region of Death

The women of the Mid-Magdalena region have been living on a literal frontline, under the shadow of guerrilla war... "their bodies have been turned into a battleground," according to Amnesty International.

The film follows the life and work of one local judge, Esperanza Gonzalez. Esperanza is a woman in her late forties who has been a judge in the town for the last 23 years. She has been trained by the PDPMM "Programa de Desarrollo y Paz del Magdalena Medio" on sexual and reproductive health and she says her judicial sentences have changed: they now include a gender view on the problems she deals with.