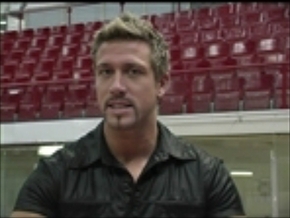 The Champions' Zone is a unique state of balance between body and mind, a form of exaltation that is experienced by a tiny minority of athletes and elevates them to the rank of super athletes.

Edson Arantes do Nascimento, also known as Pele, mentioned that at certain times during his competitions, he felt that he could pass through his adversaries as if they had neither flesh nor bones. Is this a state of invincibility?

Explanations surrounding this highly unique state have grown in number and complexity over the decades. Some describe it as a will to surpass, maximum concentration, the result of a visualized plan.

Alternatively, is it the fruit of many years of mental and physical preparation that exalts the mind at the finish line? Or is it a spiritual force that propels the athlete in the final moments of his competition? How can this second state be described.

How do the greatest Canadian and world athletes, current and former champions, experience The Champions' Zone? What is their vision of things?

There are 5 steps needed to reach the ZONE: THE MENTAL, THE PHYSICAL, STRATEGY, ADVERSITY and Faith.

This documentary will lift the veil from this exceptional dimension invisible to the human eye. Through accounts gathered from a selection of contemporary sports, this documentary will enable the viewer to relive historic moments in the history of sport and hear athletes describing their state of mind on the day of their athletic achievement.