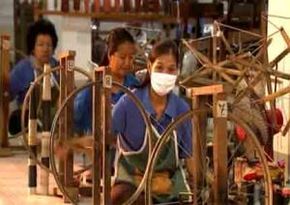 As the founder of one of the world’s leading maison de couture, Coco Chanel has defined fashion for close to a century, and dictated the very notion of luxury in Parisian society.

Fast forward to 1982 – when the likes of Issey Miyake, Kenzo and Yohji Yamamoto first showcased in Paris, and showed the world what it meant to be style arbiters, the Japanese way. Collectively, it became known as the Japonaiserie Movement. Successive generations of avant-garde Japanese creators such as Junya Watanabe, Junko Koshino, and Junichi Arai are each celebrated for fusing age-old couture tailoring with Japanese design ethos. But none have made the same impact on the international runways, or revolutionalised design aesthetics the way their predecessors did.

But as the new century heralds the promise and razzmatazz of “Asia rising”, can fashion from this part of the world ever do a Coco Chanel, without having to first cater to western whims, for western tastes? Is there such a thing as “indigenous fashion” in the capitals of Thailand, Japan, India, and China?